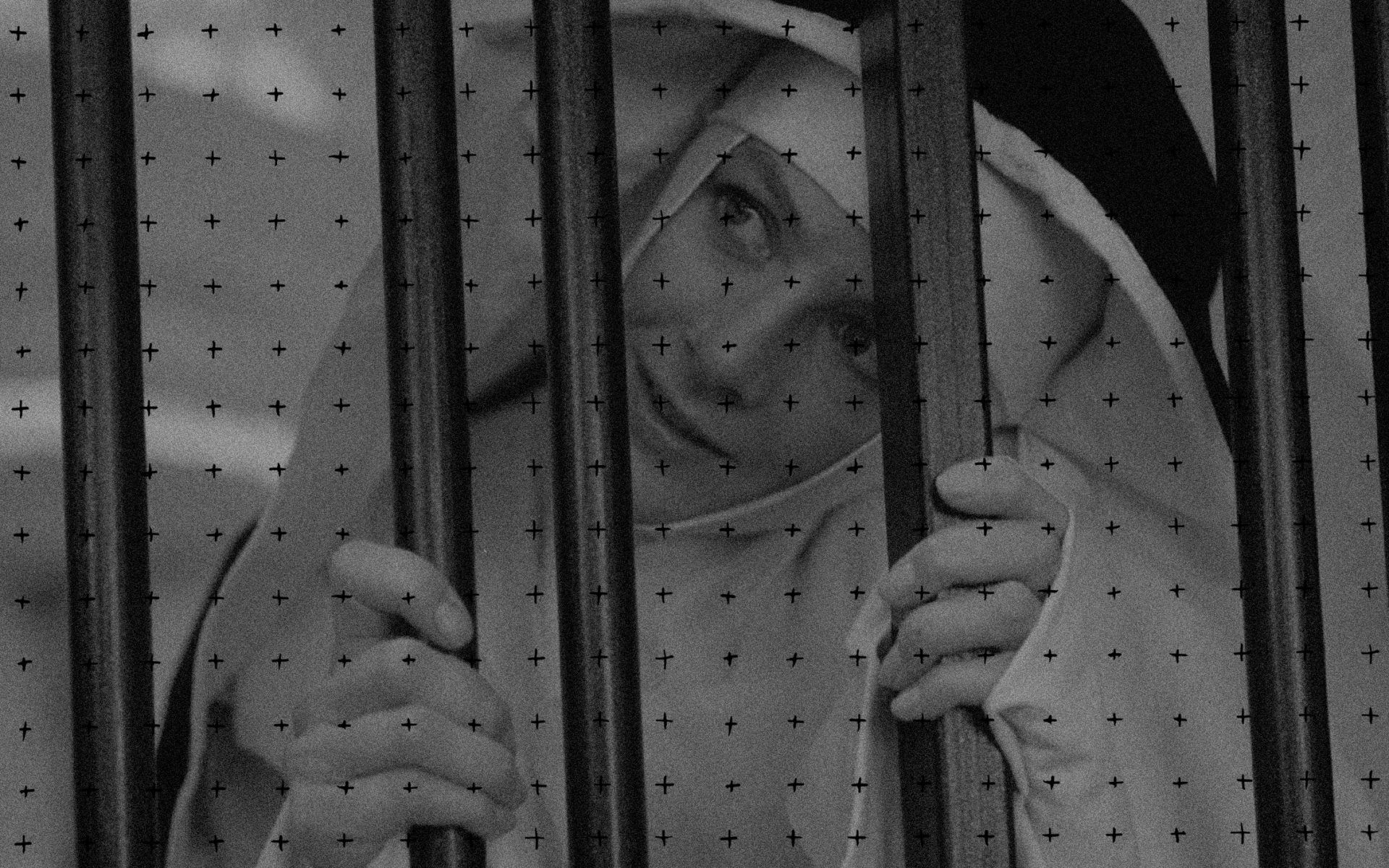 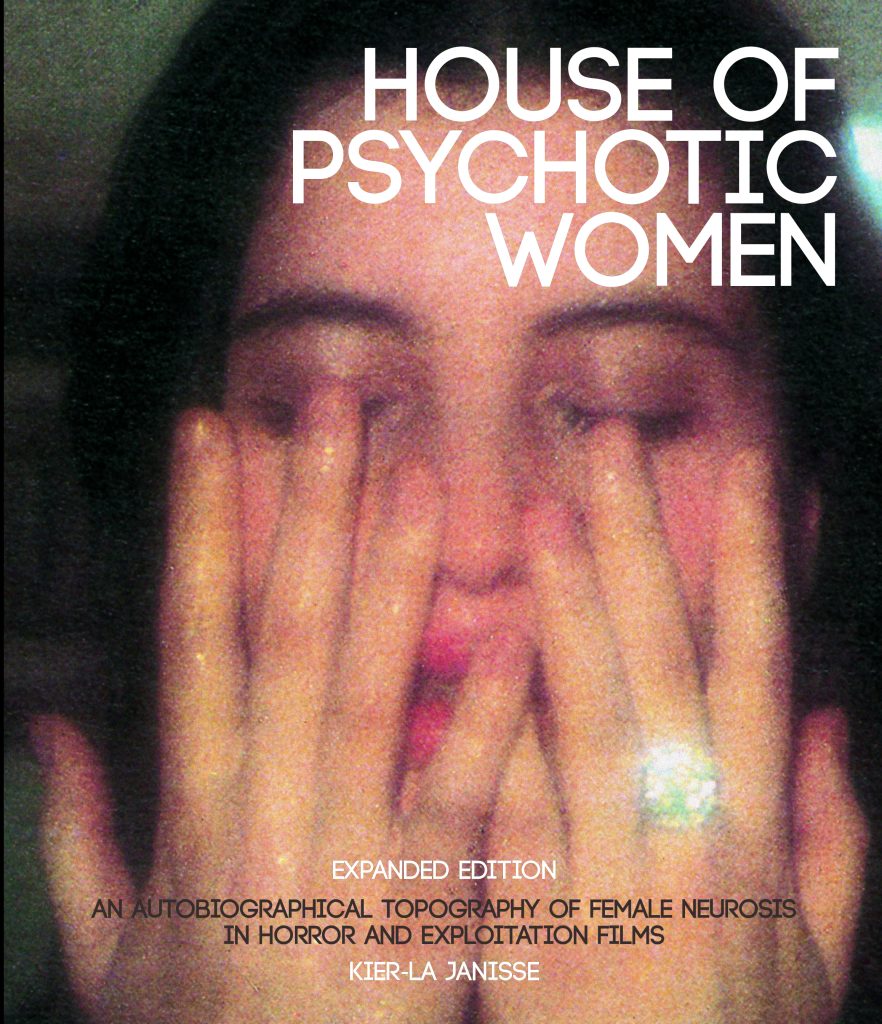 Featuring 100 additional reviews in a larger format book, and the return of the author’s preferred cover, depicting Marina Pierro in Walerian Borowczyk’s Dr. Jeckyll and his Women (1981). 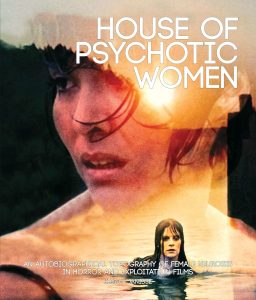 In 2012 Kier-La Janisse published House of Psychotic Women, billed as “an autobiographical topography of female neurosis in horror and exploitation films.” It soon became one of the most “vital” (Tim Lucas, Video Watchdog) and “astonishing” (Daily Grindhouse) genre tomes of all time. To mark the book’s 10th anniversary, award-winning writer/programmer/filmmaker Janisse (WOODLANDS DARK AND DAYS BEWITCHED) now presents four of the strongest and strangest explorations of onscreen delirium and hysteria, all on American Blu-ray for the first time: Elizabeth Taylor stars in 1974’s IDENTIKIT (aka THE DRIVER’S SEAT) as a hostile woman who travels to Rome for a dangerous liaison. In the surreal 1986 Polish horror-comedy I LIKE BATS, a female vampire discovers that love may be the cruelest curse of all. Florinda Bolkan stars in the startling 1975 amnesiac giallo FOOTPRINTS from the director of THE FIFTH CORD. And British screenwriter and radical theatre icon Jane Arden directs 1972’s harrowing THE OTHER SIDE OF THE UNDERNEATH. Each film has been restored from original vault elements, with all-new introductions by the author and hours of Special Features produced exclusively for this collection.

Disc 1: Identikit (1974)
In what remains the most obscure, bizarre and wildly misunderstood film of her entire career – and perhaps even ‘70s Italian cinema – Elizabeth Taylor stars as a disturbed woman who arrives in Rome to find a city fragmented by autocratic law, leftist violence and her own increasingly unhinged mission to find the most dangerous liaison of all. Academy Award nominee Ian Bannen (THE OFFENCE), Mona Washbourne (THE COLLECTOR) and Andy Warhol co-star in this “unique, hallucinatory neo noir” (Cult Film Freaks) – barely released in America as THE DRIVER’S SEAT – directed by Giuseppe Patroni Griffi (‘TIS PITY SHE’S A WHORE), adapted from the unnerving novella by Muriel Spark (The Prime Of Miss Jean Brodie) and featuring cinematography by three-time Oscar  winner Vittorio Storaro (APOCALYPSE NOW, THE LAST EMPEROR), now restored in 4K by Cinematheque of Bologna and Severin Films.

Disc 2: I Like Bats (1986)
Directed and co-written by Grzegorz Warchol – the Polish actor best known for his performance in THREE COLORS: WHITE – this 1986 Perspektywa Film Group production combines splashes of absurdist black comedy with jolts of old-school gothic horror for a slyly contemporary take on the female bloodsucker mythos. Katarzyna Walter stars as a happily single young vampire who works in her aunt’s curio shop when not feeding on various suitors and sleazebags. But when she falls for a handsome psychiatrist, she’ll discover that no affliction is more horrific than love. Co-scripted by feminist writer/activist Krystyna Kofta and featuring poet, songwriter and cabaret icon Jonasz Kofta in his sole film role, I LIKE BATS is now scanned in 2K from the only 35mm print known to exist.

Discs 3 & 4: Footprints (1975) – U.S. Cut and Italian Cut
In the most criminally underseen giallo of the ‘70s, Florinda Bolkan (A LIZARD IN A WOMAN’S SKIN, FLAVIA THE HERETIC) stars as a freelance translator who wakes one morning missing all memory of her past three days. But will a trail of odd clues lead her to a place where perception and identity are never what they seem? Nicoletta Elmi (DEEP RED), Evelyn Stewart (THE SWEET BODY OF DEBORAH), Lila Kedrova (THE TENANT) and Klaus Kinski co-star in this “visually stunning gem” (Mondo Digital) – also known as FOOTPRINTS ON THE MOON – directed by Luigi Bazzoni (THE FIFTH CORD) with cinematography by three-time Oscar winner Vittorio Storaro (THE BIRD WITH THE CRYSTAL PLUMAGE), now scanned in 4K from the original camera negatives.

Disc 5: The Other Side of the Underneath (1972)
It’s been called “harrowing” (The Guardian), “seriously disturbing” (Blu-ray.com) and “part documentary, part primal scream” (Screen Slate). More than half a century later, it remains all that and more: In 1972, screenwriter/feminist/radical theater icon Jane Arden adapted her own multimedia stage production “A New Communion for Freaks, Prophets and Witches” into a nightmarish exploration of reason, chaos and her own battles with mental illness unlike anything audiences have seen before or since. Sheila Allen (CHILDREN OF THE DAMNED), Ann Lynn (THE BLACK TORMENT), renowned visual artist Penny Slinger and Arden herself star in the only British feature film of the 1970s solo-directed by a woman, recently restored in 2K by the British Film Institute.