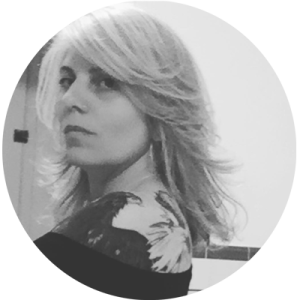 Kier-La Janisse is a film writer, programmer, producer and founder of The Miskatonic Institute of Horror Studies. She is the author of House of Psychotic Women: An Autobiographical Topography of Female Neurosis in Horror and Exploitation Films (2012) and A Violent Professional: The Films of Luciano Rossi (2007), and has been an editor on numerous books including Warped & Faded: Weird Wednesday and the Birth of the American Genre Film Archive (2021), Yuletide Terror: Christmas Horror on Film and Television (2017), Lost Girls: The Phantasmagorical Cinema of Jean Rollin (2017) and Satanic Panic: Pop-Cultural Paranoia in the 1980s (2015). She was a producer on David Gregory’s Tales of the Uncanny (2020) and wrote, directed and produced the award-winning documentary Woodlands Dark and Days Bewitched: A History of Folk Horror (2021) for Severin Films, where she is a producer and editor of supplemental features. She is currently at work on several books including a monograph about Monte Hellman’s Cockfighter. For more see kierlajanisse.com

For press requests such as interviews, review copies of the book please contact Kaila Hier at kaila {at} exilepr {dot} com